Writing on gender studies is a necessary but challenging task, which requires not only story-telling abilities but also knowledge of history, tolerance and delicacy. This topic gets increasingly essential and broadly discussed, so you have to know how to cover it in your essay or research paper. We bet, you know that your story should have a beginning, a body part and a conclusion, as well as include no grammar or formatting mistakes. Not to bore you with the repeated information, we will jump right to the point and explain how to write a paper on gender studies the way it would impress the most influential feminists of this and previous centuries. 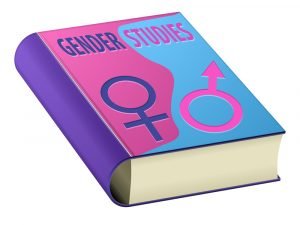 Empowering of women and feminist movement is a reality, so there is no need in asking whether it is an actual issue or some speculations supported by mass media. It also wouldn’t be a wise move to spend 2/3 of your essay explaining what is feminism and the struggle for equal rights. Dig deeper than that, otherwise you will get bored writing and your professor will get bored reading. To find an engaging topic or to develop an impressive narrative, you can use the following tactics:

Remember, it is much more often that teachers forgive grammar mistakes, that being bored to death by mediocre thinking and dull narrative.

Rule #2. Don’t Be Afraid to Use Up-to-Date Role Models

Those are not only Simone de Beauvoir, Mary Wollstonecraft, Amelia Bloomer and Alice Paul who made the equal rights movement matter. Pay attention to the most recent case studies and women taking part in them— it will show that you are interested in this issue and can operate not only with a book on Gender Studies but also make use of the updated information online. For example, elaborate on contributions and positions of such prominent women like Meryl Streep, Beyoncé, Emma Watson etc. Looking for role models don’t forget about male contributors. It doesn’t make your paper less academically valuable if you analyze not only the major events of the XVIII-XIX centuries, but also pay attention to the recent changes.

The wise move here is to highlight similarities and differences between historical and current events.

Rule #3. Give a Fair Shot to the Alternative Thinking

Gender Studies are not all about supporting the feminist movements. You can make your point expressing not too obvious or commonly accepted ideas. Doing so, don’t forget about staying professional and backing up every idea with references and real-life cases. In academic writing you can’t be just for or against some issue, event or policy, you should give a coherent reason to your point of view. To make your research paper even better, let yourself employ the ideas from related disciplines: Anthropology, Psychology, Sociology, Political Science, etc.

We do hope these rules will come in handy when you work on your paper, so add them to bookmarks and come back when you get such an assignment. Good luck!