Abortion is a highly controversial debate topic for discussion and consequently one of the most popular choices for argumentative essays. There are different points of view about abortion and its legality, of course. Some people support this operation unconditionally, while others feel it should be legal but restricted to certain circumstances, and other still believe it should be forbidden completely.

If you need to prepare a persuasive (argumentative) essay about abortion, there are a few academic writing tips that will help you organize your paper professionally. One key to a successful abortion essay is to start with a solid hook that can get your audience interested in your essay from the first line.

Start with Something to Interest Your Reader

It is important to start your essay with a thought-provoking question, such as one about the legality and morality of abortion. You might ask your audience to consider their opinions in light of a specific fact or a compelling anecdote about a real-life example. Your goal here should be to make the audience want to hear more from you. 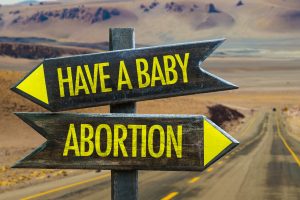 In the introduction’s opening lines, you are less concerned with documenting sources for a persuasive argument than you are with setting up an emotional investment in the reader to make the want to see your essay through to the end.

Then, you ought to explain the meaning of abortion by providing a definition to establish your terms.

You can also focus on the psychological side of this problem to illustrate the emotions of the woman who has decided to undergo this operation. Finally, you can say a few words about the controversy over this issue that you will explore in the paper. You will enumerate and explain all the factors related to abortion further in the body of the essay.

Observe the Problem from the Side of Ethics and Religion.

Once you have hit the body of your paper, it would not be a mistake to say that abortion is murder from the perspective of some schools of ethics and many major religions. Religious organizations say that abortion is a sin because a woman kills her child. Of course, you can provide the reader with a solid counter-argument, such as the claim that a fetus is not a developed human being because it cannot survive outside of the womb. Consequently, you are not killing a person. You instead kill a certain type of undeveloped organism, which does not have a rationale mind, emotions, and independence.

One can say that abortion is a woman’s decision. If she is not ready to have a child, she does not have to bear it. Obviously, women have not had the right to choose abortion as the way out of an unwanted pregnancy until quite recently, when the procedure was legalized. In the past, when a woman was pregnant, she had to bear this problem to the end or else undergo a risky and illegal abortion procedure. But more often than not, she could not think about the interruption of pregnancy because the norms of her culture prohibited it. Of course, nowadays there are still many cultures that prohibit abortion or consider it as a sin.

It’s a good idea, however, to note that not all women are universally in favor of abortion rights. This is not simply a situation where men believe one things and women the other. Instead, the issues is highly complex, and women are influenced by family background, personal circumstances, and cultural pressures. Many women have an unfavorable financial background. They do not have money to support their children; therefore, an unexpected pregnancy can be devastating for such women.

Finally, many believe that a young lady should not be forced to bear a baby if she lacks a solid education or has not built her career in order to provide for that child. Every woman has the right to her private life and self-development. An unplanned pregnancy, abortion rights supporters say, ruins her expectations and hopes for a complete and self-actualized life on her own terms.

There are cases when pregnancy causes harm to the woman’s health. In this instance, many argue that she should decide whether she wants to give birth to her child or die. This is the most commonly cited exception to even the strictest anti-abortion measures. Evidently, the first option is better, because the law views an adult woman’s life as more valuable than that of a fetus. Moreover, if this woman dies, her child will be an orphan. Fortunately, in the majority of countries, abortion is legal when pregnancy causes risks for a woman’s life.

Discuss the Problem of Rape.

The best argument for abortion rights, which can persuade nearly every reader, is connected with abuse. When a woman is raped and becomes pregnant, she has a substantial legal and moral right to interrupt her pregnancy. Naturally, a forced pregnancy is a problem which many believe requires radical solutions. In this case, abortion might be seen as the best way out because there is are relatively few women who want to have a child by the man who committed a terrible crime against them.